What is Bootleg in the Fashion Industry?

Fashionistas are well aware that this is not a new trend. Bootleg fashion first appeared in 1982 and became a prominent streetwear trends in 2016. It may not have truly vanished because it keeps reappearing, but it did have its glory days as a hypebeast favorite.

It has been present throughout the years, although primarily in an underground fashion. It has quietly resurrected since 2017 with a new twist, catching the attention of haute couture brands, which are adding it to their current campaigns and new releases.

Bootleg fashion refers to apparel that has been artistically appropriated, with logos modified slightly or popular slogans on t-shirts replaced by newer but nearly equal phrases. it’s basically a carbon copy of the original.

Bootleg items, distributing which is partly lawful, differ significantly from the original, yet present an illusion to make them appear as the original products. However, some bootleg makers are hit with multimillion-dollar lawsuits and desist orders, effectively putting them out of business.

Such products are usually created by the black market and sold at cheaper rates to those who cannot afford to buy the original products of luxury brands. Such items are purposely made to be characterized as a bootleg, and leave people with the option of whether to buy them or not.

For example, you would have seen bootleg Gucci tees with the misspelled name of the Gucci; sometimes ‘i’ replaced with ‘y’ or with a single ‘c’. This trick not only saves the creator from a lawsuit, but also allows buyers to know that it’s not the original product, but a bootleg item. COMME des FUCKDOWN was perhaps one of the most popular bootleg fashion items in the streetwear fashion industry. Its design was inspired by the Comms des Garcons, a popular high fashion brand. The reason behind the growing popularity of this bootlegged piece was ASAP Mob, who wore it in their VICE Shoot held in 2012. ASAP Mob is a band of influential rappers with a huge fan base.

Difference Between Bootleg and Fake Products

As mentioned earlier that bootleg has always been very sought-after products which adorn the wardrobes of hypebeasts. However, with a minor difference bootleg items can be taken as fake products. As in the case of ‘Guccy’ shirts which we discussed in the earlier paras of this article.

So, a fake fashion product such as a T-shirt, or a piece of jewelry is created by directly copying an original product, which is already available in the market. Such fake products are marketed as the original products but with a notable difference in prices so as to get sales by duping consumers. Such counterfeited products are usually imported to America in huge numbers and they feature every luxury item from clothes to handbags, and from watches to jewelry items.

The fake products and companies responsible for counterfeit goods have established their roots deep in the market, and they enjoy a handsome market share amounting to trillions of dollars. You would be surprised to learn that global tech giant, Samsung, announced 2018 about its collaboration with streetwear brand, Supreme. But Supreme had no knowledge about this collaboration. Then Samsung found that it had been negotiating with a fake outlet of Supreme named Supreme Italia. This gives us an idea about the growing issue of bootlegging in the fashion industry.

Contrary to fake fashion products, which try to dupe consumers by creating a direct copy of an original product, bootleg products are usually created by getting inspiration from a renowned design. They actually re-appropriate the original designs to create their own unique product. Unlike fake products, which are difficult to identify whether they are original or fake, bootleg items can easily be differentiated from the original ones.

Luxury brands respond to bootlegging in multiple ways. Some larger brands such as Adidas always opt for filing lawsuits against the bootlegger, while others go for retaking the copy and made it a part of their collection.

But it doesn’t mean that luxury brands don’t indulge in bootlegging themselves. They do, as in the case of Gucci, which copied a jacket from Dapper Dan having ballooned sleeves. The brand also made this jacket a part of its 2018 cruise collection. For this cheap effort of bootlegging, Gucci was criticized heavily by fashion enthusiasts. Dapper Dan also pointed this out on social media, which resulted in a response from Gucci. The brand claimed that it was a homage to Dapper Dan rather than a rip-off.

They Bootleg their own products

Counterfeit and bootlegging cost billions of dollars to luxury brands when consumers prefer a copied product over the original one due to the same design and look but cheaper price. So, to stop this amount from going into the pockets of other companies, luxury brands bootleg their products themselves. For some campaigns, they create a bad version of their own items by making slight changes in their logo or design. This makes the products, which are originally created by the brand itself, look like counterfeited. In this way, luxury brands succeed in snatching the profit share from bootleggers, which earn huge amounts by copying their products. 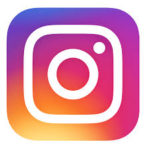